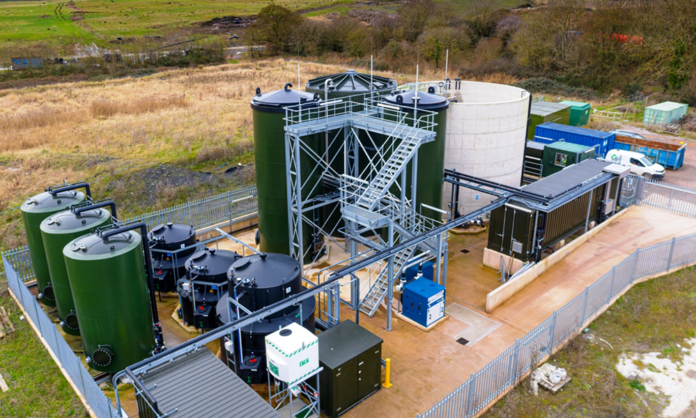 Landfills have long been the preferred method of processing waste.

Today, only waste classified as ultimate, that which cannot be recycled or recovered, is admitted to what are known as non-hazardous waste storage centers. Environmental protection issues in particular have relegated waste storage to the rank of last link in the chain.

Last link, but certainly not the least since it remains the one draining the most important tonnages. Hence the need to master the ins and outs of the landfills.

The operation of a non-hazardous waste storage facility can be compared to that of a bio-physico-chemical reactor. The phenomena that occur there naturally lead to the formation of leachate and biogas which carry most of the potentially polluting load of these centers.

So to limit their impact on the environment, their operators use both rustic and robust technologies as well as innovative technologies.
In Europe these are dedicated trucks that transport non-hazardous waste, a heterogeneous set of materials, to the disposal centers.

This waste is then unloaded in bins where it is compacted in order, essentially, to limit its volume. Each compartment can be divided into several cells. But all the traps must be hydraulically independent for a separate collection of leachate and watertight.

To do this, the designers of lockers use a series of first so-called active barriers. The walls (bottoms and sides) of the lockers are covered with a completely waterproof high density polyethylene geomembrane. This geomembrane is itself protected against tears, on the underside and on the surface, by anti-puncturing geotextiles. At the bottom, a layer of gravel 50 centimeters thick allows to drain the leachate towards an appropriate storage tank.

Added to this are the so-called passive barriers, on which the lockers rest. European regulations thus impose the presence of a layer of clay with a thickness of one meter and whose permeability is less than 1.10-9 meters per second. If the active barrier were to fail, it would take no less than thirty years for a polluted liquid to cross a single layer of one meter at 1.10-9 meters per second according to experts at storage and recovery of waste facilities.

In addition, French regulations require that a layer at least 5 meters thick of a material whose permeability does not exceed 1.10-6 meters per second be present below this meter. When such geological conditions are not naturally encountered, soil reinforcement and treatment techniques are implemented.

Now let’s come back to the leachate. Because it is this in particular, that the layers of impermeability aim to retain. Those used to be called landfill juices. They are formed in contact with rainwater which percolates through the waste and is loaded with polluting elements, making them unsuitable for discharge as is into the natural environment. They must therefore be collected (gravity flow or pumping) and then treated in a specific manner.

According to their composition or their quantity in particular, the leachate can be brought to undergo one or more biological, chemical, membrane treatments or even by concentration. The technique called nanofiltration of reverse osmosis filters the leachate through a series of extremely thin membranes. At the outlet: 98% purified water.

Evapo-concentration, which consists in evaporating the leachate to separate the constituents is also an interesting technique since it takes advantage of the heat that can be produced by the recovery of biogas from this same waste.

Today the best operating technique is undoubtedly that of the bioreactor. Its principle: to recirculate the leachate collected at the bottom of the trap in the waste mass, while using traps for periods of less than two years. These compartments, once filled, are completely sealed, so that the biogas produced can be fully collected for recovery. The recirculation of leachate in the waste accelerates the biodegradation of the waste and therefore maximizes the production of recoverable biogas.

Because with leachate, biogas is the other effluent generated naturally by the storage of waste, by the decomposition of bio-waste, more precisely. We speak of anaerobic digestion, because this gas saturated with water is essentially composed of methane (CH4), but also a little carbon dioxide (CO2), two powerful greenhouse gases.

It is then strongly recommended, financial incentives (purchase prices) and fiscal reduction of the general tax on polluting activities) to value it in the production of electricity and or heat.

Biogas is captured very quickly by operators, without waiting for the lockers to close. Biogas production is maintained or increases as long as the supply of waste continues. As soon as this supply ceases, the production curve decreases, but the biogas is always collected, over several decades depending on the tonnage stored.

The captured biogas is then sent to engines or gas turbines and alternators to produce electricity or to boilers to produce heat. The cogeneration units include, in addition to the gas engine and the alternator, circuits for recovering the heat produced by the engine.

It should be noted that some operators still choose to simply destroy the biogas produced thermally. The combustion of methane in a flare does not correspond to a recovery technique. It simply makes it possible to limit its impact on the greenhouse effect by transforming it into CO2, a gas with a heating power all the same 25 times less.